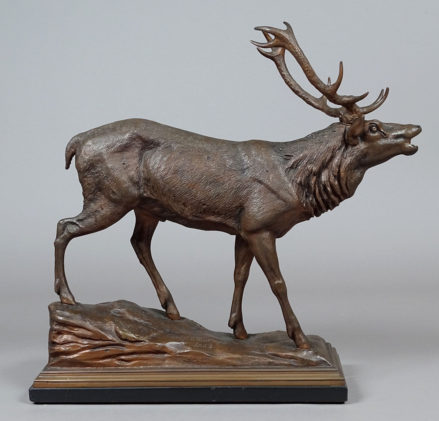 The Stag figure placed on a rectangular, moulded base, the effigy of an adult stag, standing with its hind legs on a raised platform, its torso erect and its head slightly upwards, with a pronounced roar. On the head a large, spreading antler.

Composition of metals, signed on base “Rosenthal 1863”, late 19th century.